You are here: Home1 / Mathematics for Life Scientists (LS30AB) 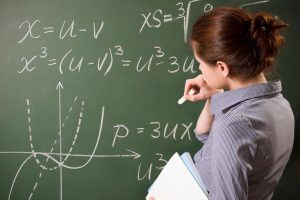 Mathematics for Life Scientists (LS30AB):
The goal of this project, which was funded by an NSF IUSE grant (DUE 1432804; PI: Blaire Van Valkenburgh, Co-PI: Erin Sanders O’Leary), was to transform UCLA’s first year mathematics series into a curriculum that incorporates biological examples and computational exercises as well as student-centered teaching strategies demonstrated to be effective in large-enrollment gateway courses. This initiative serves all Life Sciences departments, with the aim of enhancing quantitative reasoning and computational skills as well as improving the academic performance and persistence of students in STEM majors.

This project initially focused on the implementation of two new math courses (LS30A and LS30B). Collaborative learning workshops for students in the Program for Excellence in Education and Research in the Sciences (PEERS) were developed to complement the new math courses and provide significant support for students in underrepresented and underserved groups most at risk for leaving STEM. To facilitate collaborative group work during class, undergraduate Learning Assistants (LAs) were deployed into lectures and computational laboratory sections.

The LS30AB course sequence is taught in the Life Sciences Core Education Department (LS Core) and serves as an alternative to the traditional calculus sequence (Math 3A, 3B, 3C) offered by UCLA’s Mathematics Department. Calculus is typically one of the first courses that prospective STEM majors encounter upon entering college. This course often presents major challenges affecting retention of students in STEM, particularly for students from underrepresented groups or disadvantaged backgrounds. This is a considerable problem for life science majors, since traditional calculus courses may not offer a curriculum that is relevant to biological systems or directly connects with students’ interests in biology as their college major. LS30AB represents a transformative new approach to teaching calculus, using a dynamical systems perspective that focuses first on demonstrating to students why they need math to understand living systems ranging from single cells to entire ecosystems, and then giving them the quantitative and computational skills needed to build and analyze mathematical models.

Student Impact. The assessment monitored the attitudes and perceptions of students in the new curriculum as well as their performance in subsequent STEM courses. Our results show that students who take the new math courses (LS30AB), which represent a paradigm shift in the way mathematical concepts and computational skills are introduced to college STEM students, perform better in subsequent science courses (Chemistry and Physics) compared with their counterparts who take traditional Calculus courses. Our assessment also shows that LS30AB benefits URM students when combined with the support of PEERS. Specifically, URM students in PEERS who took LS30A as their first math course earned higher average grades in their first science course (chemistry) as compared to their matched counterparts who completed Math 3A as their first math course. Based on survey results, LS30AB students also express greater self-confidence in math as well as a greater interest in taking future life science classes. A manuscript by Sanders O’Leary et al. entitled, “Reimagining the Introductory Math Curriculum for Life Science Majors”, which details the results of this assessment, is in preparation with plans to submit to CBE-Life Sciences Education for publication consideration in early 2020.

To assist other institutions in adopting this new math curriculum, the instructors (A. Garfinkel, J. Shevtsov, and Y. Guo) have published a textbook covering concepts and applications for this course. Modeling Life: The Mathematics of Biological Systems.